Anita Ifeoma Isede hails from Agbor in Delta State, Nigeria. She is popularly known as Omalicha. Anita is one of the most heard voices on Rhythm 93.7 and sure keeps her audience glued to their sets with her classy presentation style.  She the following programmes: Morning drive on Wednesday with I.K, the late morning show (faji Friday) on Fridays, Hola at the seaside (the request show) on Saturdays and Sunday at the seaside on Sundays. 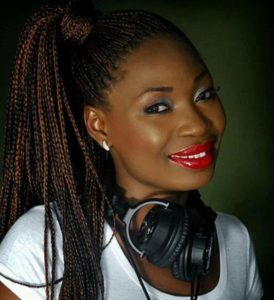 Matse Uwatse is from Delta State, Nigeria. She worked with 95.1 Wazobia FM, hosting the midday show called “Coolele Zone”. Matse’s outstanding performance on radio earned her the following prestigious awards: the Club Unique awards in 2008 for “Most Outstanding radio Presenter of this Generation”, the Women in Media and Entertainment Awards for her “Excellence in Radio Presenting” in 2009, and the African Voices Awards in Kenya, as the “Most Outstanding Radio Presenter in West Africa” 2009, the Future Awards as the “On Air Personality of the year”, ELOY Awards 2010 as “Radio Personality of the year”, the Best of Nollywood (BON) awards for radio personality of 2010, a second-time winner as “On Air Personality of 2011″which she won in Future Awards in 2011.  Matse has really won unique awards and she has become a role model to upcoming female anchors.

Jennifer works with City FM 105.1. She had worked with Continental Broadcasting Service and 88.9 Brila FM. Popularly known as JLuv, This beautiful AOP’s lovely presentation style has earned her nominations for prestigious awards like The Nigerian Broadcasters Merit Awards (NBMA) and the Nigerian Entertainment Awards. She hosts The City Café (Mid Morning Madness) with KShow weekdays from 11 A.M -1 P.M. Just listen to her programme and get wowed. 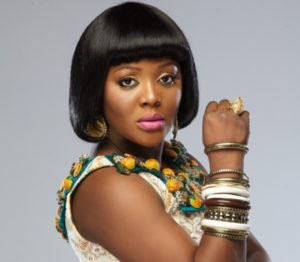 Helen Paul Bamisile is that famous OAP that co-host’s Africa Magic Channel 114’s “JARA” with Uti Nwachukwu. She also anchors two radio programmes – “Tatafo Gist” on Naija FM, which airs every Friday from 9:00 am to 10:00 am and “Comedy Drive Time With Tatafo” on Metro FM every Monday, from 4:30 pm till 6:00 pm. Her popularity on radio put her among the most heard voices in the industry.

Kaylah Oniwo is an OAP working with Cool Fm 96.9. She is a graduate of Banking and Finance from Bowen University. Kayla co-hosts The Road Show with Freeze and the show starts at 3 PM (Weekdays) with Cool FM’s DJ XCLUSIVE one hour live mix. She mastery of radio-friendly English and unique voice gets radio audience glued to her programmes.

Dami Elebe anchors Midday Shows on Saturdays and Gospel Shows on Sunday Morning, on Beat 99.9 FM. The plus-size presenter is popular among radio listeners for her ability to handle issues on radio. She was featured on Linda Ikeji’s blog, as a “Beauty of the Day” – always smiling. Dami has other talents. She is also grounded in advertising, painting, drawing, sculpting and writing. She is truly talented.

Fade Ogunro is also a producer. The beautiful OAP has produced music videos, TV commercials and live concerts, including the Koko Concert. The Nigerian -born radio anchor spent most of her life in London having left This country at the age of eight. When she returned to Nigeria she moved into media and entertainment and quickly jumped into limelight as a sensational OAP. Fade has worked as a freelance journalist for some of London’s most popular publications, including Vogue. She hosts the Liquid Lounge on Saturdays between the hours of 6 – 10 pm and also the Sunday Request Show from 6 pm until midnight. She is not just hot but truly talented.

Her name surely rings a huge bell especially in the social media enclave. Toke Makinwa is a famous controversial OAP whose off-radio comments have generated serious traffic for numerous blogs in Nigeria. The University of Lagos graduate shot into limelight after the premiere of her late night radio show, “Rhythms of the Night”. She hosted the 25th edition of the Most Beautiful Girl in Nigeria Pageant in 2010 and continues to be a fashion icon. She has huge media presence especially due to her social media comments and appearance of her beautiful face on major magazines such as Complete Fashion Magazine, City People, ThisDay Style, Exquisite Magazine, among others. Toke is an on-air personality you can’t just ignore. She is hot, controversial, bold, beautiful and a sensational presenter.

Zainab Balogun is multi talented. She is an actress, model and television presenter. Zainab may not be as popular as some others on this list but her works stand her out. She is a television presenter for Ebony Life TV on DStv Channel 165 and currently co-hosts and produces The Spot, the channel’s leading talk show. She is also a presenter and associate producer on Jumia TV, and she co-founded “The J-ist TV”, an online entertainment web-series that highlight African culture and a range of topical issues. Her beauty, style and poise make her a diva on air, keeping the audience glued to her programmes from “Hello” to “Good bye”.

Tolulope Oniru popularly known as Toolz is not just a sensational on-air personality but a hot anchor whose captivating body marks her out as top hottest female OAP. Toolz is described as having the most curvaceous body ever owned by a Nigerian presenter. But make no mistake, her body is hot but not hotter than her talent expressed in unique presentation style that the audience love. She is regarded as one of the best voices on radio.

Toolz has international reckoning, having worked with MTV in London before joining Beat FM. She was born and bred in the UK. She returned to Nigeria in 2009 and is based in Lagos. She currently hosts the Midday Show on Weekdays (11am-4pm). She is truly a talent you would love to listen to.

Peter is a prolific writer and experienced journalist.
Previous Press Freedom At War in Ebonyi
Next Jaaruma, Most Controversial Sex Therapist in Nigeria